Options for Shipping Mexico to Canada 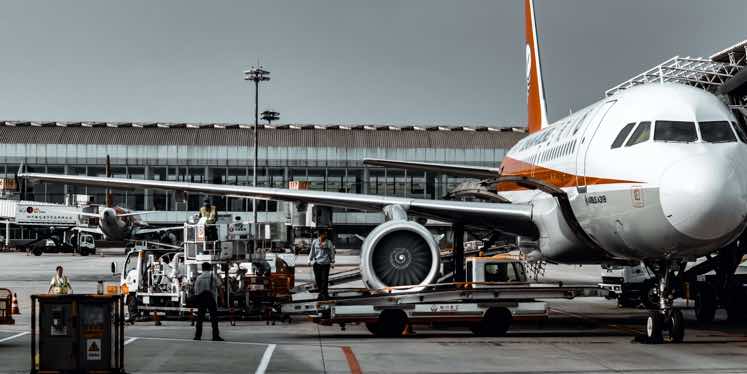 The North American Free Trade between Mexico and Canada contributes to the demand for efficient parcel shipping from Mexico to Canada.

The Canada-Mexico Partnership (CMP) promotes collaboration between the public and private sectors and covers important sectors including energy & agri-business.

Shipping from Mexico to Canada

Jet Worldwide provides low cost shipping of samples between Mexico and Canada.   The samples to Canada can often be cleared duty free via the CPTPP or NAFTA agreements and/or if the goods are of low value.  (See section below on CPTPP).

Get a quote for shipping samples between Mexico and Canada.

In this blog, we review: 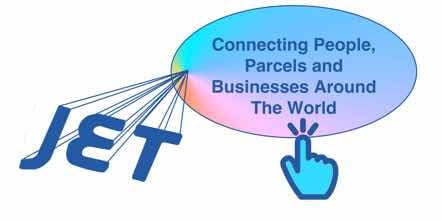 Shipping from Mexico to Canada

As part of the USMCA (the "new NAFTA), Canada has raised their low value duty threshold ( de minimis threshold) to $150 CAD (around $110 USD). Local sales taxes will still apply (but often times, businesses can claim this charge back). This higher duty free threshold helps businesses and e-commerce merchants in the Mexico and Canada.

Shipping from Mexico to to Canada via Mexican Post

Shipping to Canada via Correos de México/ Parcel Post :   Low cost for shipping for small parcels from Mexico to Canada but limited tracking and support. 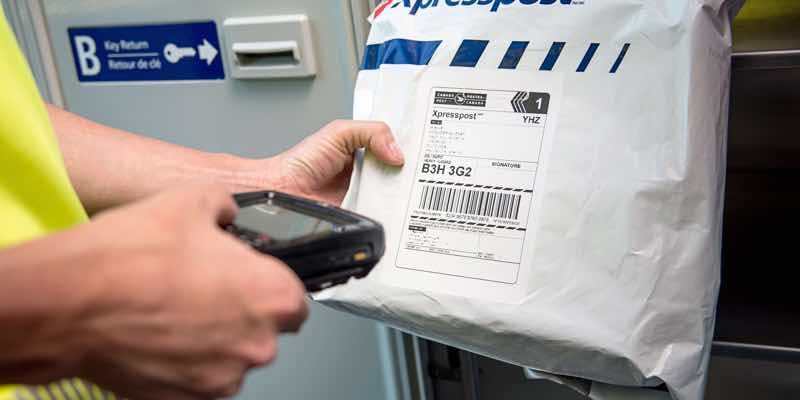 Shipments sent via Correos to Canada or delivered by Canada Post.

Shipping from Mexico to Canada via FedEx UPS Mexico

Shipping from Mexico via UPS and FedEx can be expensive for small businesses who ship parcels Mexico to Canada.

Delivery from Mexico to Canada via Jet Worldwide

For shipping and delivery to Canada including:  Vancouver, British Columbia; Toronto GTA, Ontario, Montreal, Quebec and to all of Canadian cities in 2-4 days.    Jet's service includes Canadian customs clearance.

Jet goes beyond simple delivery and arranges for special dedicated pickups in Mexico for delivery to Canada (or anywhere in the world!).

Duty and taxes in Canada for parcels shipped from Mexico

Parcels imported from Mexico to Canada are subject to Canadian duty and taxes.   Most parcels valued under $40 CAD can be imported free of duty and taxes. Parcels valued under $2,500 CAD from Mexico can be imported via Canadian customs low value shipment / LVS express clearance processes.    Carriers charge a disbursement fee that usually averages around $20 CAD.

For shippers who do not want their receiver to pay Canadian duty and taxes:

Jet Worldwide can arrange to pay the duty and taxes on behalf of the Canadian importer via our Delivery Duty Paid Service.

There are many ground options that work best for heavier shipments.   The ground options from Mexico include FedEx, UPS, and LTL carriers.      Most shippers of individual parcels prefer using express delivery from Mexico as ground service to Canada is a long transit time and does not include Canadian customs clearance for Mexican parcels.

Jet can recommend truckers for ground truck loads from Mexico to Montreal and all of Quebec.

While NAFTA is primarily written to accommodate major commodity trading - such as auto parts, energy, and agriculture - it also can be a great benefit for smaller speciality or boutique orders for parts, and other equipment.

Good shipped to Canada that the qualify of Mexican origin that are valued under CA $2,500 can be cleared duty free with a statement (versus a certificate) of origin.

For commercial goods valued at less than (CAN $2,500) the exporter may provide a statement certifying that the goods qualify as originating goods. With respect to low value commercial goods imported under the NAFTA (or CCRFTA), the specific wording for the statement is contained in Appendices B and C respectively. The statement may be handwritten, stamped, or typed on the commercial contract or actual invoices.

Shipments valued at less than the above amounts do not require a NAFTA Certificate of Origin. Instead, the customer should type the following statement on the shipment's invoice:

"I hereby certify that the good covered by this shipment qualifies as an originating good for purposes of preferential tariff treatment under the NAFTA."

Although the rules of origin can be complex, parcels shipped from Mexico often contain orders for goods that easily qualify as being Mexican origin. We advise Canadian companies to work with Canada customs CBSA to get a definitive determination prior to shipping.

Shipping from Mexico to Quebec:  Part of our mission of connecting People, Parcels and Businesses around the world.   In addition to NAFTA /USMCA/ CUSMA many shippers from Mexico are taking advantage of the duty free CPTPP opportunities to Canada. 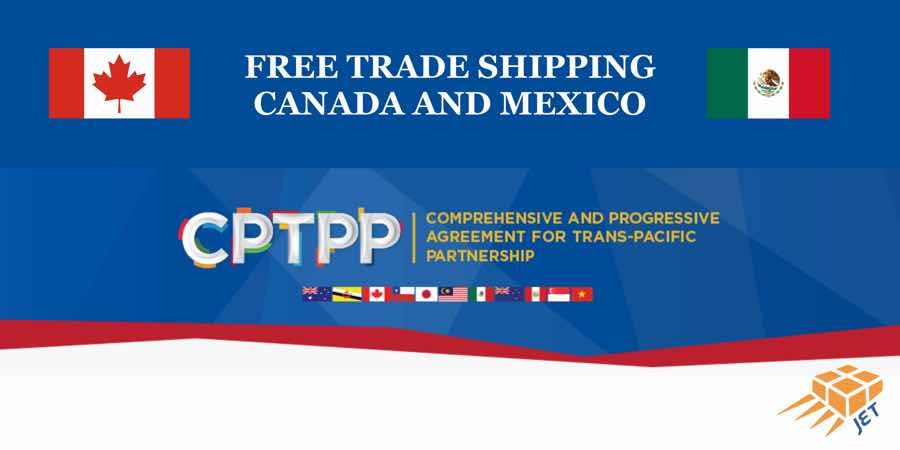 Goods approved with proper “proof of origin’ supporting paperwork can be exported from Mexico for duty free clearance in Canada.

The amazing part of CPTPP is that parcels containing products valued less than CA$1600 do not require a certification of origin to claim CPTPP preferential tariff treatment. 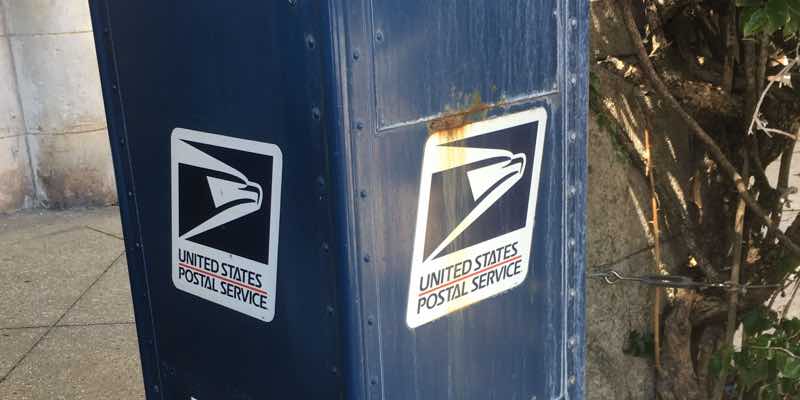 The U.S. Postal Service is getting an unexpected financial boost from pandemic related parcels business. The COVID crisis accelerate the already declining letter volumes. This was no surprise. But the extent of the surge in parcel volume is.

END_OF_DOCUMENT_TOKEN_TO_BE_REPLACED

Delivery to Trinidad and Tobago from UK

Royal mail is experiencing delays and outright cancelled for many international destinations, including the Caribbean.  British companies are searching for a reliable shipping and logistics to Trinidad and Tobago.  The strong cultural and social  connections between the two nations facilitate commercial transactions with shared values and processes.

END_OF_DOCUMENT_TOKEN_TO_BE_REPLACED 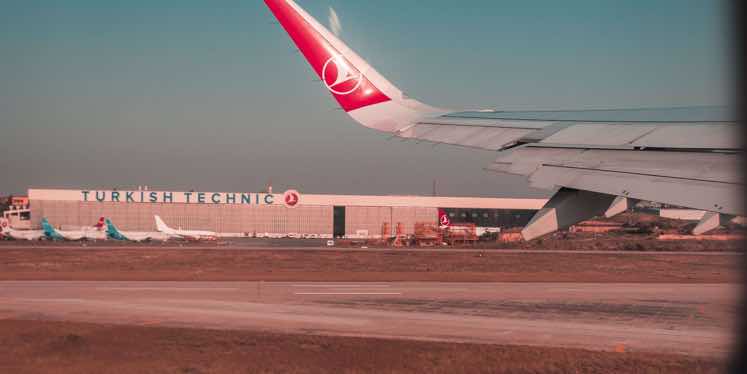