A latin term that means “about minimal things” is - ironically - taking on a huge significance for Canada in the re-negotiation of NAFTA. The de minimis level -also referred to as the low value threshold - refers to the value below which duty and taxes are not charged.

Section 321 to the USA versus LVS system clearance in Canada: Serving express e-commerce imports but with much different low value thresholds.

Disclaimer: The information in Jet Worldwide online content, including this post, is for general information only and is not intended to, constitute legal and/or tax advice. All liability with respect to actions taken or not taken based on the contents of this site are hereby expressly disclaimed. The content on this posting is provided “as is”; no representations are made that the content is error-free. See our blog on USMCA/ CUSMA

Customs de minimis policy in Canada was established as a way to ensure that the government does not spend more than it collects in duties. But it has since evolved into a critical issue for “free trade for e-commerce shipments" around the world. Domestic retailers around the world - including Canada - have rallied political support to protect their home market from what they view as unfair competition.

Canadian Retailers fought hard against raising the de minimis value and - at least according to their public statements - are in happy that with new USMCA de minimis levels. The final USMCA level of $40 / $150 are much lower than what American negotiators has initially demanded.

Jet Worldwide shares our logistics expertise (as evidenced by this and our other industry leading blog articles) and global parcel shipping solutions For professional insights, a comparison quote or "out of the box" solution, Contact Jet's logistics professionals.

Who is for higher de minimis? Who is against?

Polls indicate that the majority of Canadian consumers are in favour of having greater access to cross border e-commerce with lower duty and taxes.

Framing the battle as between American retailers versus Canadian retailers is probably misplaced. Cross border e-commerce is about empowering consumers from to bye direct from the manufacturer - which is often outside of North America.

At Jet Worldwide, we are getting an increasing number of inquiries from Asian retailers and shippers seeking a solution for parcel import to Canada.

The main opponents are traditional retailers.

Surprisingly, US retailers were not vocal in their opposition to raising the de minimis value in 2006 (from $200 to $800). But, Canadian retailers have been strong opponents. Their arguments mirror those of Australian retailers. 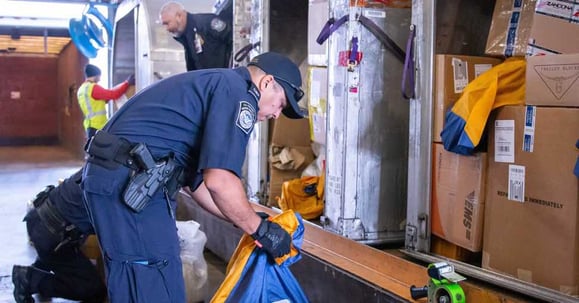 Australia: A case and point on de minimis value

Australia had, at one time, the world's highest De Minimis value ($1,000 AUD). Most goods valued under $1,000 AUD could be imported duty free and tax free. But, political pressure from domestic retailers forced the government to revisit this policy.

Under new laws effective this year, overseas businesses with an annual turnover of $75,000 AUD will be required to register with the Australian Tax Office (ATO) to collect GST on all goods sold, including purchases under the low value threshold of $1000 AUD.

Canadian merchants would likely also accept a higher duty free level if - as in Australia - the provincial sales tax was collected.

De minimis values across the world. The USA leads the world when it comes to accommodating e-commerce parcel imports. It is important to note that the bigger issue is reducing the regulatory burden - as the cost of processing parcels through customs can be equal to or greater than the duty.

The CUSMA facilitates the movement, release and clearance of good via a simplified framework and standardized customs procedures. Trade facilitations includes fewer clearance formalities for “express shipments” valued under CA$3,000 (to Canada) and US$2,500 (to the USA and Canada).

The origin‑certification process (that is no longer a prescribed form) is to include a set of data on the shipping paperwork (most commonly including on the invoice).

The data elements required at a minimum to claim origin underCUSMA:

Check out theCanadian Border Services Agency (CBSA) page that describes the new requirements for more information and an example of a valid CUSMA certification of origin.

For imports, duty and taxes are often referred to interchangeably. But, for e-commerce imports, the point of contention is more about sales tax than duty. In Europe, for example, the Value Added Tax (VAT), averages over 20%.

It is notable that the de minimis value in the USA applies to duty, not taxes:"articles that may be imported duty-free." Not "tax-free."

In Canada, sales tax represents an important revenue source for provincial and local governments. Canadian retailers complain that they are under strict regulations that require them to collect and pay sales tax (PST, HST) while e-commerce imports are exempt.

Note: having to assign and harmonized code for thousands of different e-commerce parcels - as is the case for US CBP section 321 - would alone provide significant administrative costs.

Canadian consumers have benefited from internationally manufactured goods sourced and sold by domestic retailers. E-commerce provides the further benefit of being able to source products more directly from suppliers. What ever the new rules are, they should be fair and equitable for all parties.

CUSMA/USMCA Shipping to Canada from the USA

The key provisions of CUSMA USMCA For Shipping Packages to Canada

Different duty assessment for goods shipped via USPS and Correos Mexican Post versus Courier (see above):For a shipments shipped via North American postal services duty is assessed starting at CA$20 versus the levels for parcel carriers/ courier mentioned above:

At Jet Worldwide, we believe the new Canadian de minimis to be a great opportunity for USA companies selling to Canada using our low cost express shipment delivery from the USA to Canada.

Canadian retailers are increasingly looking to grow their online sales to Europe. Sellers Canada can benefit by understanding B2C e-commerce rules to the EU.

END_OF_DOCUMENT_TOKEN_TO_BE_REPLACED

Phone manufacturers, including Apple, are moving towards “eSIM*.”If your carriers network does not support, you have to buy a physical nano-SIM. Nano-SIM Apple phones can still be purchased from Canada (most iPhone’s purchased in the USA are not available with a nano-SIM).

END_OF_DOCUMENT_TOKEN_TO_BE_REPLACED

The European Union (EU) is one of the largest economies in the world and Canada’s second-largest trading partner. The Canada-European Union Comprehensive Economic and Trade Agreement (CETA) has been in force for 5 years. How are things going?